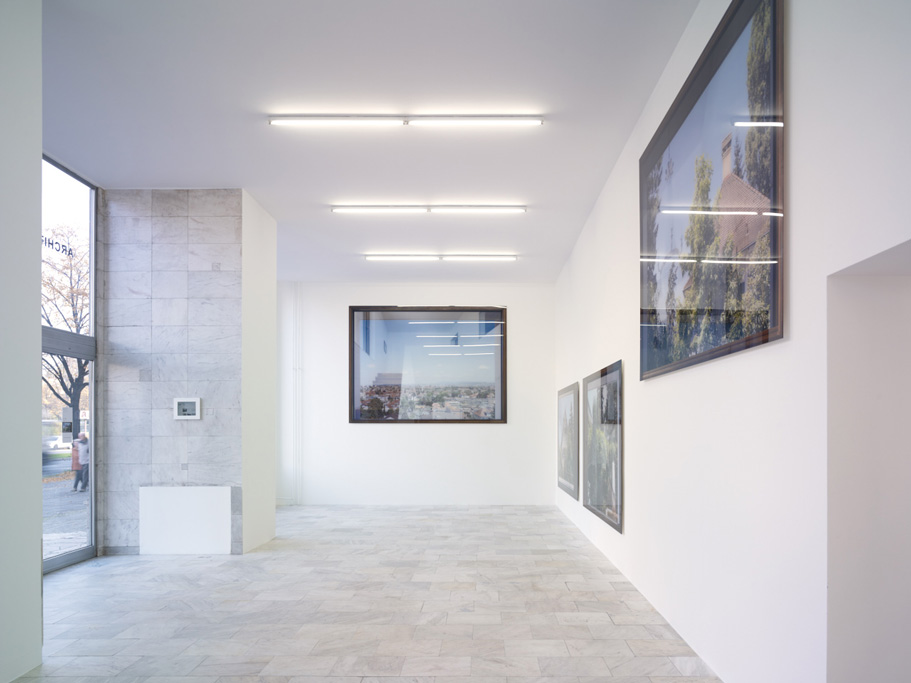 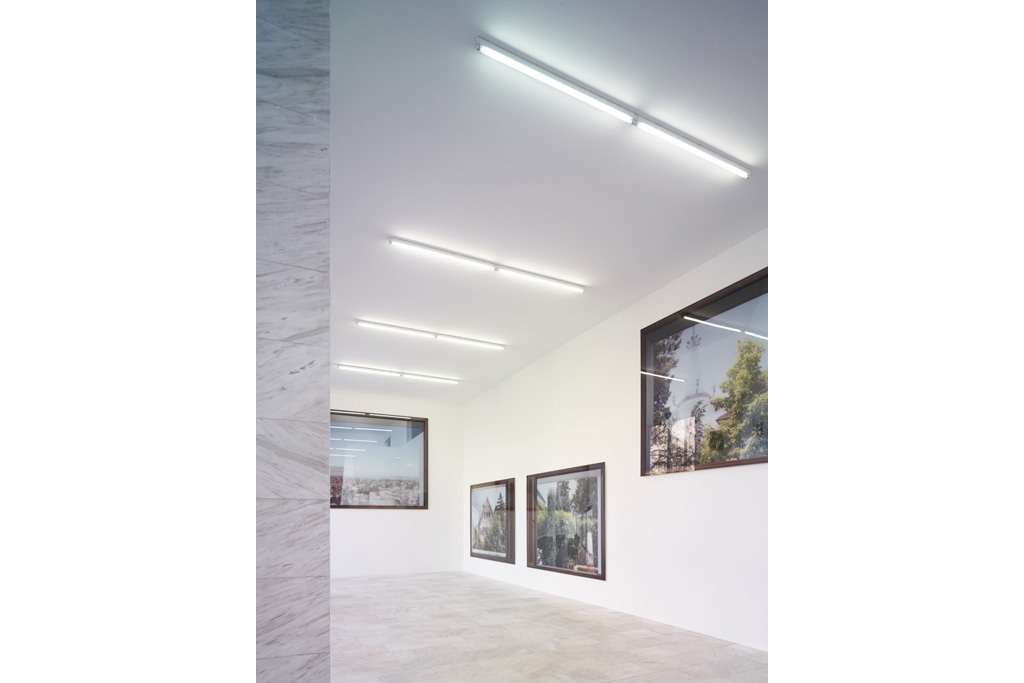 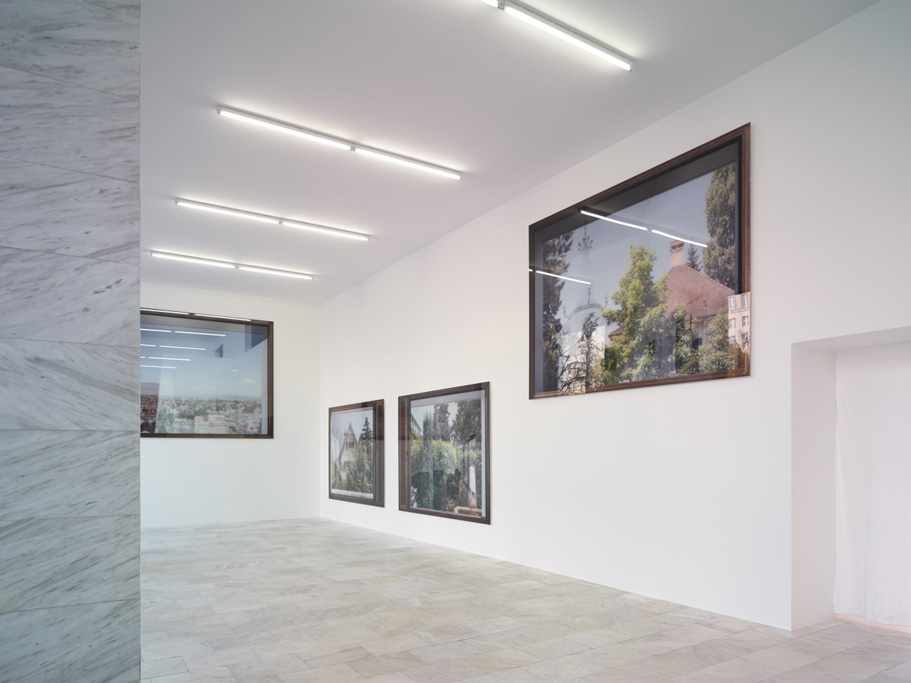 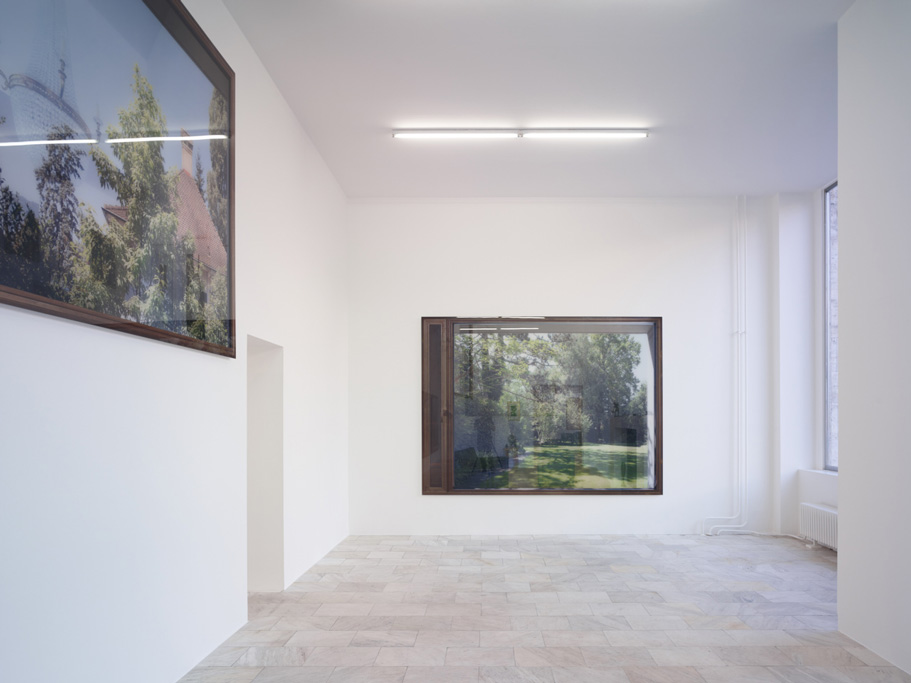 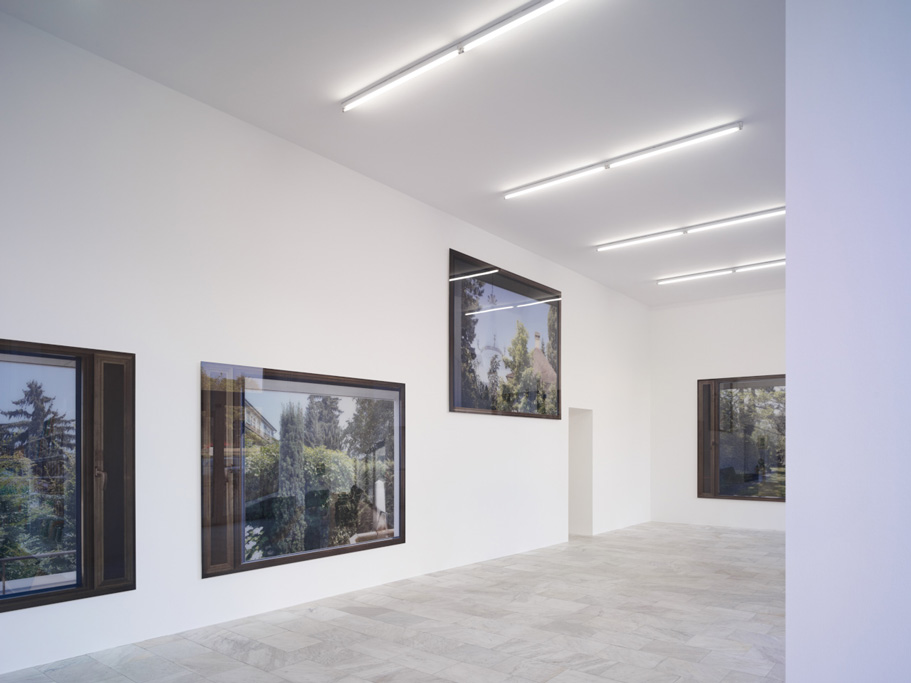 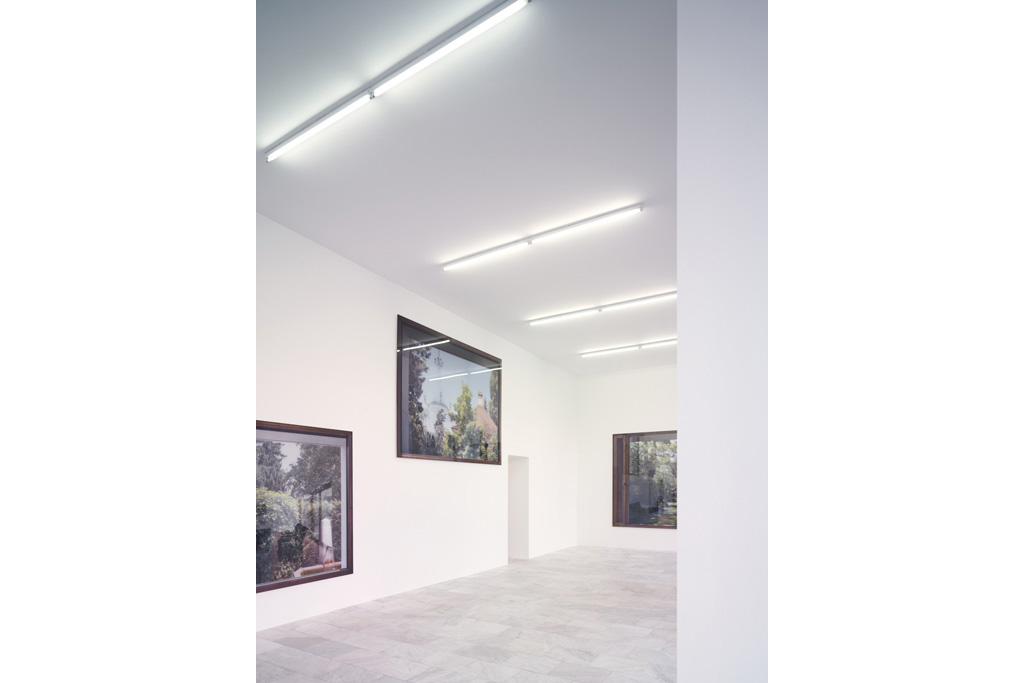 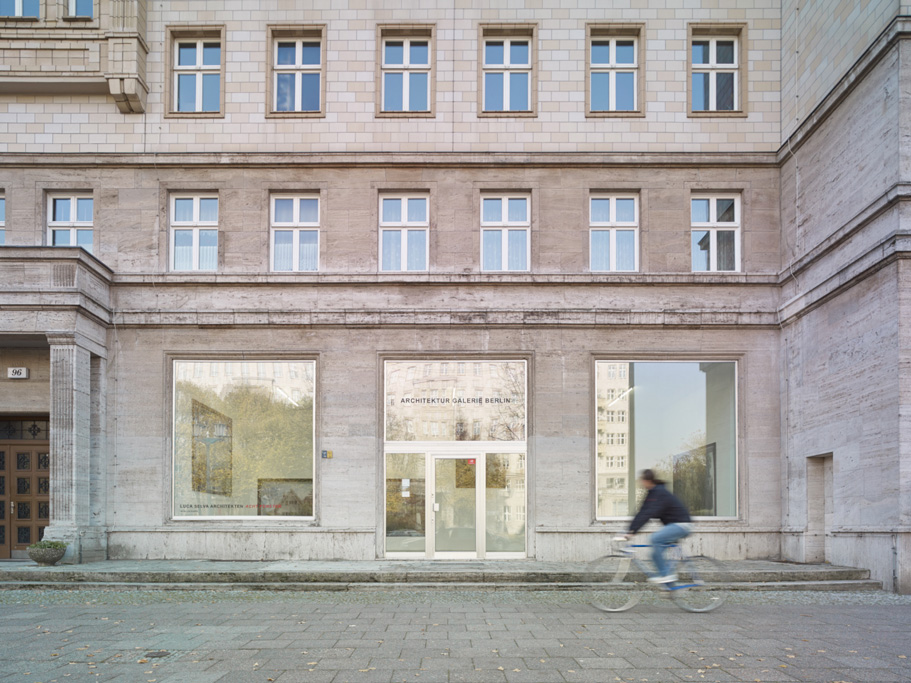 A collaborative project with the architect Luca Selva, the artist Thomas Woodtli and the photographer Yohan Zerdoun.

The exhibition by Luca Selva Architekten focuses on their multi-generational home in Binningen (2013). Five large-format photographs, at a scale of 1:1, depict views from the home onto the city of Basel and the park-like garden, as well as views into the home itself. Architectural photography, as a proven medium of architectural communication, is expanded by two aspects here. On the one hand, photographer Yohan Zerdoun treats the bronze window frames, through which he directs his gaze, as part of the image. This brings an additional level to the photographic framing that allows the viewer to have a clear idea of the photographer’s standpoint. Furthermore, he works with the mirroring effect of the glass windows, instead of avoiding them as is customary. The superimposition of the two motifs – looking outwards and looking inwards – is so strong that upon first glance it is unclear what is actually pictured. Only upon exact observation does the answer become apparent, allowing for simultaneous associative reflections on the relationship between indoors and outdoors, between the inside space and the city. Another moment joins the photographed reflections: that which occurs through the window of the gallery space and the viewers themselves. The interior and exterior views from Basel mingle with those of Berlin’s Karl-Marx-Allee. Not only does this dialogue address the well-known effect that occurs when viewing glass-covered photographs. It also stands for the contextual moment in the work of Luca Selva Architekten, which is both reflected in the title of the exhibition, and approaches the gallery’s three display windows as an integral part of the installation. The various heights at which the photographs are mounted make reference to the actual building project, allowing its spatial situations to be partially experienced. The windows of the multi-generational home in Binningen are arranged at various heights with respect to particular vistas.